Alkapro Liquid is a water-dispersible preparation of Bacillus spp. which includes high concentrations of alkaline (serine) proteinase (protein digesting enzyme). Proteinases catalyze the hydrolysis of protein polymers into their component amino acids and peptides. While the complex polymeric protein in its original form may be practically insoluble, the amino acid components are more readily soluble or emulsifiable in aqueous solutions. Alkapro L has many applications over the pH range of 6.0-10.5. It is extremely resistant to the effects of chelating agents and detergents. This protease is very rigorous and non-specific in its degrading effects.

USES:  As a concentrated source of hydrolytic, protein-degrading enzymes for use in industrial applications including x-ray film processing for silver recovery, industrial equipment cleaning and maintenance, in liquid detergents and prespotters, and many other applications where broad-range proteolytic activity is desired.

A protease enzyme is responsible for the catalyzation of proteolysis, which means it breaks down proteins into smaller polypeptides or into single amino acids, which then facilitates the creation of new protein products. The enzymes are able to do this by dividing the peptide bonds within proteins through a process called hydrolysis, which is a reaction in which water is used to break the protein bonds.

In humans and animals, protease enzymes assist in the process of breaking down the protein that is found in food into amino acids which the body is then able to use for energy. Proteases in the human body are also used in the recycling of proteins, cell division, blood clotting, and many other things.

Protein enzymes are not only beneficial to the human body in animals but also to a variety of industries and are used in many products, such as detergents and medications. They are also used in the food industry and represent about 60 percent of all of the industrial enzymes that are on the market. There is even a global demand for protein enzymes and the demand is expected to increase as more of the enzymes are being used in bioremediation and even leather processing.

The major sources in which protease enzymes are derived from include animals, microorganisms, and plants.

For many decades, American Biosystems has been offering high-quality protease, xylanase, and various agricultural enzyme blend and microbes for a variety of industries. We hope you’ll contact us for more information in Roanoke, VA. When it comes to protease enzymes, the company offers the following versions:

A water-dispersible preparation of Bacillus spp., Alkapro Liquid also features a high concentration of alkaline, a serine, and proteinase, which is a protein digesting enzyme. These enzymes facilitate the hydrolysis of protein polymers into their component amino acids and peptides. This means that while the complex polymeric protein is in its original form, it can be practically insoluble and the amino acid components are more easily soluble and emulsifiable in aqueous-type solutions. Alkapro Liquid has an array of different applications that boast a pH range of 6.0-10.5. These enzymes are also very resistant to the effects of chelating agents and detergents. This type of protease is very rigorous while also being non-specific in its degrading effects. It is available in a concentrated liquid preparation which includes high concentrations of alkaline, also known as serine.

Alkapro liquid is a concentrated source of hydrolytic protein‐degrading enzymes. It can be used in several industrial applications, such as industrial equipment cleaning and as well as maintenance, X-ray film processing, and as part of the ingredients in detergents and pre-spotters, as well as several others.

Touted as a microprilled, free-flowing dry preparation of Bacillus spp. which includes high concentrations of alkaline (serine) proteinase (protein-digesting enzyme), Alkapro Powder is used as a catalyst in the hydrolysis of protein polymers into their component amino acids and peptides. While in its original form it is practically insoluble, the amino acid components in Alkapro Powder are very soluble and even emulsifiable in aqueous-type solutions. Alkapro powder has many applications over the pH range of 6.0 ‐ 10.5 and is very resistant to the effects of certain agents and detergents.

Since it is a concentrated source of hydrolytic protein degrading enzymes, Alkapro Powder is used in several industrial applications that are similar to the uses of Alkapro Powder. It is used in X-ray film processing, a variety of industrial cleaning and maintenance applications for equipment, and it’s also used in pre-spotters as well as detergents and other applications in which a broad range and strong proteolytic activity are needed.

Made from three different protein classes, Protease Ultra Blend is created to provide a wide range of proteolytic activity in a variety of animal feed and industrial applications. It is ultra-concentrated, so it will provide alkaline and is very neutral in facilitating acidic activities.

Protease Ultra-Blend Has several uses and is often used in distilling dried grains, insolubles, and alcohol in brewing industries as well as in the processing of corn. It helps boost the quality of feed products for animals as well as beer for humans and is even used in aquaculture.

American Biosystems is a leader in the field of enzyme and microbe production. The company is a trusted source for purchasing the highest quality products.

Protease Ultra Blend is a combination of three different protease classes designed to provide a full spectrum of proteolytic activity in a variety of animal feed and industrial applications. This ultra-concentrated product provides Alkaline, neutral, and acidic activities not otherwise available from a single microorganism source. Example applications are poultry feed components, swine, and beef feed components and other agricultural applications. Protease enzymes have been utilized in the removal of anti-nutritional factors from soybeans. Protease Ultra Blend possesses a wide variety of binding sites allowing for partial or complete digestion of proteinaceous substances in industrial process and waste treatment.

USES: A proprietary blend of enzymes from three different strains for use in animal feed for hydrolysis of proteins. 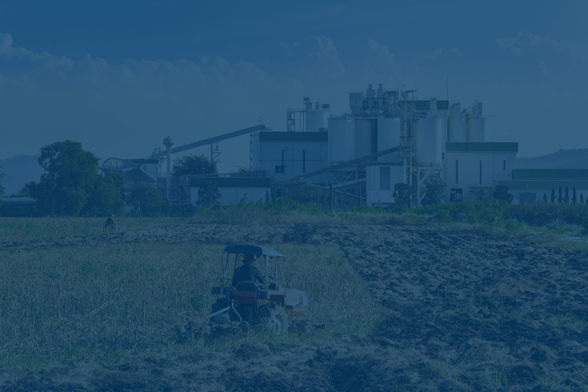 These cookies are used to analyze how people use our website. They are not strictly necessary to the site's function, but do help us make sure that we provide the best possible user experience.